I went to Thailand for a couple of weeks in September with a mate from the pub. We ate too much good food and drank too much warm beer. The food was fantastic and the place was interesting although after a couple of weeks I needed a break. I've got a ton of photos and if i ever sort them out i'll put up a post. We were up north and only spent a night in Bangkok on the way home, and avoided the seedy strips. He grew up in Thailand so did all the talking and we visited some relatives so it was a nice mix of touristy and local action. 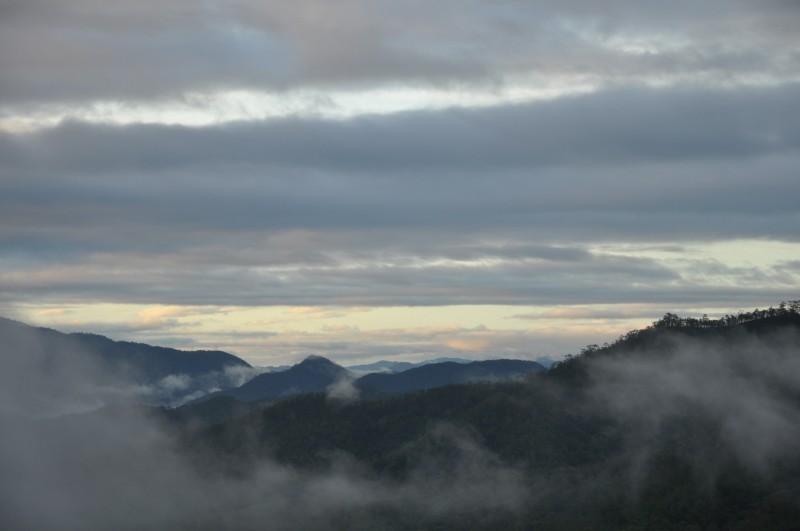 Looking south from a lookout at Pai during sunrise. We hired a scooter and rode the 4 hours from Chaing Mai. The roads were very good.

I haven't travelled anywhere for nearly 15 years and while it was fun it hasn't sparked any desire to travel again anytime soon. The flying is to physically tortuous and the constant action is pretty exhausting.

It's also made me hate Adelaide even more! This town is starting to suck a lot. Thr urban development is turning it into a shitty overdeveloped town but without any of the benefits of becoming a real city - it's not dense enough and the road design is from the 50s where cars are absolute king. Makes it pretty human-unfriendly. And the people can suck. Somehow i've seemed to basically run out of friends. I just don't fit in with anyone and when I reach out and try I just get spat in the face in one way or another. I guess I must just suck or something. I don't really feel like i have anything to do with my copious spare time apart from go to the pub and i'm pretty sick of that. Lately i've only been going to try to get out of the house but it's just made things worse and I think i'll stay in for a while.

Work is pretty dull too. I'm doing some machine learning stuff so that's a lot of data preparation and then waiting for shit to run. It's not very interesting and it's not fun at all, and the application itself eats away at my soul. I sometimes think of getting another job but I don't want to have to apply for one and I don't have enough money to retire yet (depending on how long I might live).

Apart from all that I've not been doing a lot apart from wasting my life away reading reddit. As i've been using it for work there are some small changes to jjmpeg that i've committed but not released but otherwise I haven't been doing any coding. I've downloaded java and javafx 13 and will migrate to that soon, it should be a simple transition from java 11. 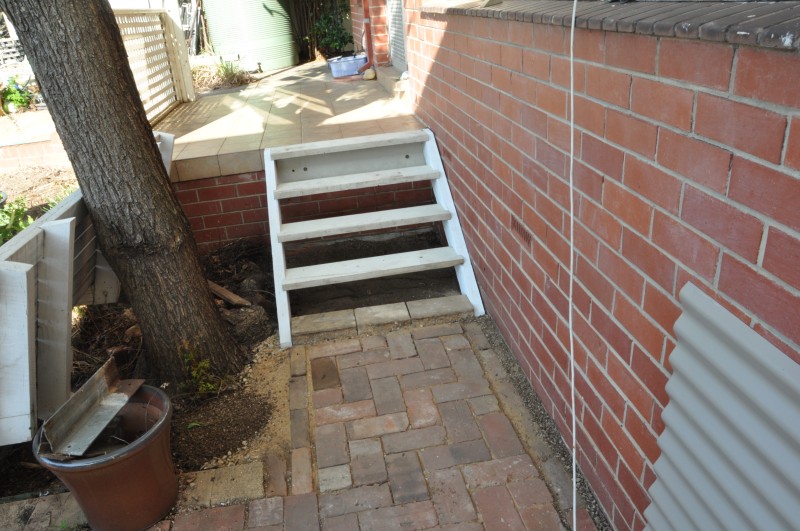 Made and installed these steps this week. Apart from the woodwork I had to clean away a big pile of bricks my brother left in that corner and extend the paving.

It's a nice warm day today and I haven't decided what to do. Probably not the pub, or at least only one or two if i do. I should probably go for a ride but I don't really feel like it, i haven't had a decent ride in a long time. I'm taking a half break off work because I'm ahead of where I need to be and I don't feel like working. Next week the weather is turning to shit so I'll get back to it then.