Putting things back together

My brother was here a few weeks ago and I took the opportunity of having transport (I don't drive - just never got a license) to get a few things that are a little difficult to transport on the bicycle.

One was to take my old VAF DC-7 Rev 1.0 speakers and get them reconditioned. It wasn't exactly cheap but they replaced the old drivers (required a bigger hole) and i'm not sure what else. But I asked to keep the old drivers just to muck around with, perhaps build a 'portable speaker' type thing out of them. They are a bit scratchy from uh, over-use, but I noticed the main problem is the surrounds had perished. I looked up some info about replacing them and ended up ordering some cheapies from China - i'm not sure I can recover them regardless and it's not worth the cost if I fail. 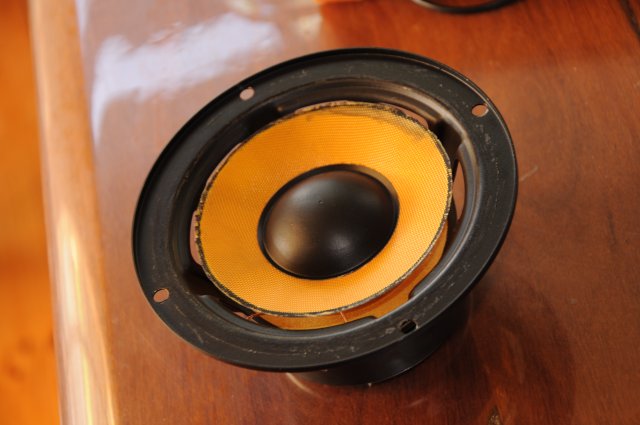 Part of the probess is removing the old rubber, and about all I can say about it is you have to be patient. I used a very sharp chisel and it took a couple of hours just to remove one, although the final 1/4 went much faster than the first once I got the technique sorted out.

Another thing I got was a welder, small drill press and some other tools. And that lead to a bit of a spending spree that continued after he left, buying a bunch of other workshop tools. They're mostly cheap bits and pieces because i'm not sure how much use i'll get out of them.

It wasn't the reason I got the welder but the first thing I thought of making was a belt buckle for a very wide kilt belt. I had asked a small leather work place (shoe repair, belts) shop in the city whether they could make wide belts but they couldn't and directed me to a saddlesmith at the other end of town. I dropped in one day and asked about it - yeah he could make any width belt, but he didn't have any buckles suitable. So the next weekend I got the welder out and turned a couple of pieces of wine barrel ring into a rather large belt buckle. 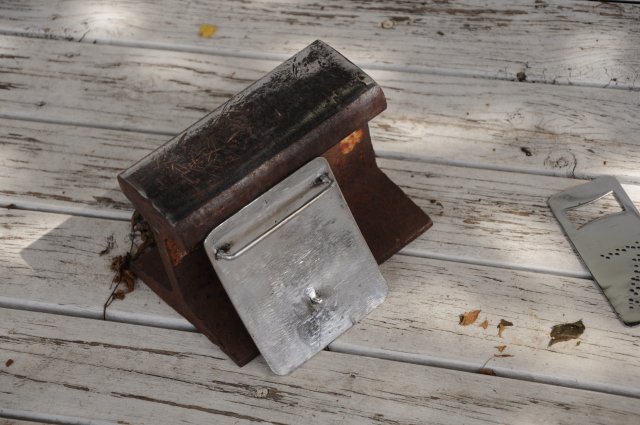 The welding is pretty shithouse but I haven't welded for years and the grinding and polishing hides most of it. The buckle has a loop through which the belt connects and a single pin which selects the size. The end of the belt comes around out the front (or can go behind) and a loop holds it in place. 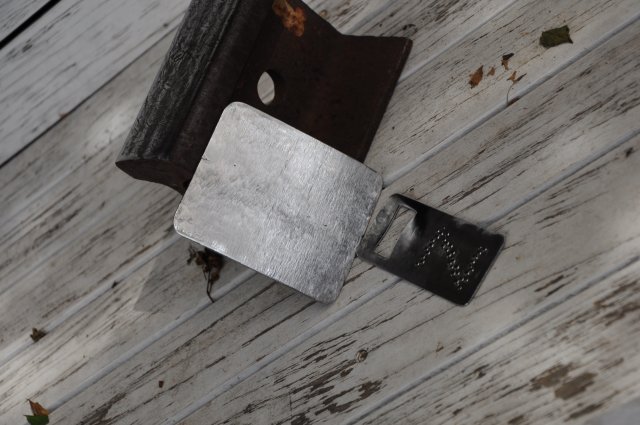 The front finish is a sort of coarse brushed/dented appearance from using an angle grinder, wire brush and polishing wheel. I'm still not sure on the finish but I will probably clear coat it.

The belt I got made up is 70mm wide and the loop which connects to the buckle uses press-studs so I can make more buckles and easily replace them. 70mm is about the widest that suits the kilts I have which is just as well because I didn't really know what it would look like till it was made.

Not particularly cheap either at $99 but at least it's locally made and very solid leather - it should last forever. My existing belt was relatively 'cheap' one from utkilts that uses velcro to adjust the length. But the finish is wearing already (mostly creases), the velcro is coming off around the back, and the buckle - while ok - is a bit cheap. The actual bits are made in Pakistan I believe but the shipping costs from USA are outrageous - although they seem to have gotten slightly better, but to get the same belt ($26) and buckle ($17) again would cost $77 when shipping is added anyway, and they don't handle GST (I have no idea whether this means you get hit with import hassles above the $7 GST cost). And that's the absolute cheapest/slowest option, it ranges up to $130!

Actually I have an idea for another buckle mechanism that I might try out when I get time, if I do that I might get a 60mm belt made. The other idea would be a lower profile, hide the tail of the belt (wrap under), and possible be hole-less if I can create a binding mechanism that wont damage the front surface of the belt. 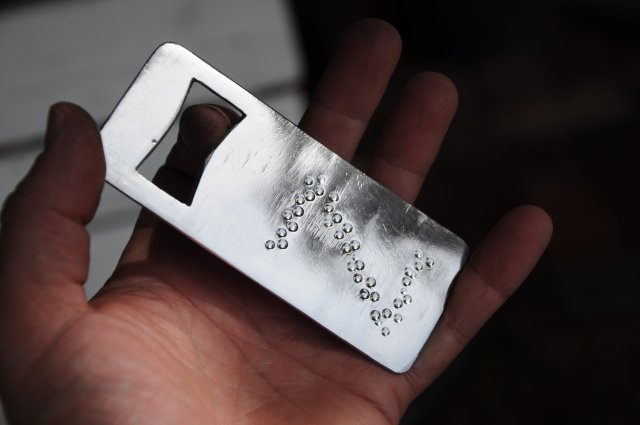 And today I turned one of the practice pieces of barrel strap into a bottle opener. I drilled some holes and filed out the opening shape by hand.

The finish is a little shit because I cut a bit deep using a sanding disc on an angle grinder and gave up trying to sand it out, although it is a lot shinier than it appears in the photo.

Partly I was experimenting with finishes and patterns and i'm happier with the pattern here, or at least the general approach. I created a round ended punch from an old broken screwdriver and used a small portable jackhammer (/ hammer drill) to pound in the dots. Because i'm just cold working it's a bit difficult to do much in the pattern department.

Gets me away from the computer screen anyway, i'm kinda burnt out on that. I'm not really doing enough hours lately for the guy who pays me (for various reasons beyond our control he's got more money than hours I want to work!), although the customers who pay him are quite happy with the output!

I'm at the point where I finally need to get some glasses. I had another eye test last week and while I can still survive without it it's to the point that i'm not recognising people from afar and squinting a bit too much reading at times. I need a separate reading and distance script unfortunately so I got a pair of sunnies for distance and reading glasses for work. They would've helped with the fabrication above! It's going to take a while to get used to them, and/or work out whether I get progressive lenses or whatnot, for example I can't read games very well on my TV, but that's farther away than the reading glasses work at, sigh. I guess i'll find out in a week or so.