So this came about because I was fighting with firefox and needed to get away from a screen for a while. I wrote a couple of plugins (oh sorry, 'addons', no hang on, web-extensions, WHATEVER THE FUCK YOU WANT TO CALL IT MOZILLA) and the experience was sour (can't you tell?).

The aforementioned BBQ/firepit thing I haven't gotten around to using yet, one reason is because I wanted to make a fire grate first because it's a bit too deep.

So a few droppers, a bit of hacksawing and some angle grinding later here it is. It just slots together with no fastening or welding. 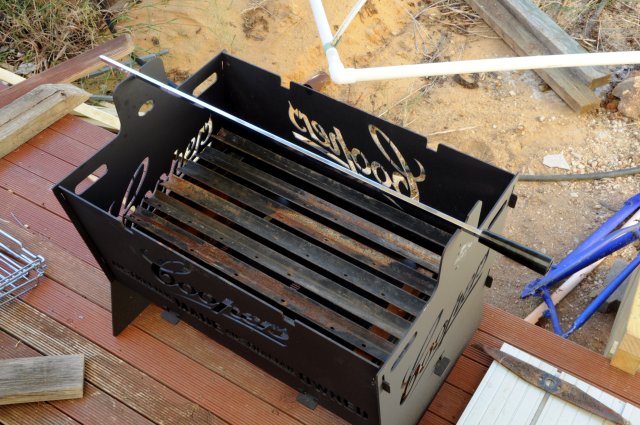 It's even adjustable! No brick, brick flat, or brick on side! 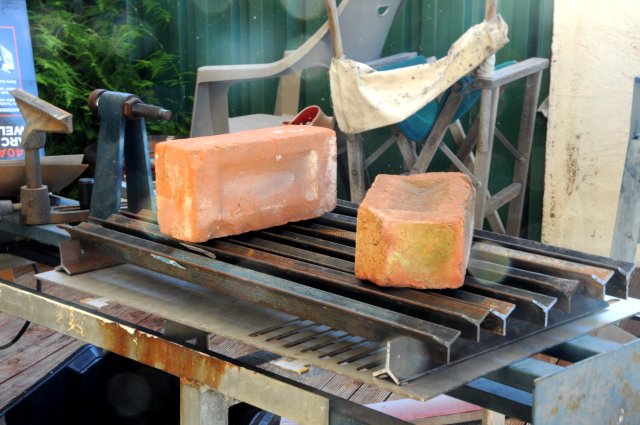 Actually it might just work better as an esky, but i'll see.

More on the firefox plugins later, they're just for overriding site fonts and site colours. There do exist such plugins but they no longer work for some reason. OF course there's not much use distributing the source becuase you NEED A FUCKING MOZILLA ACCOUNT JUST TO INSTALL THEM.