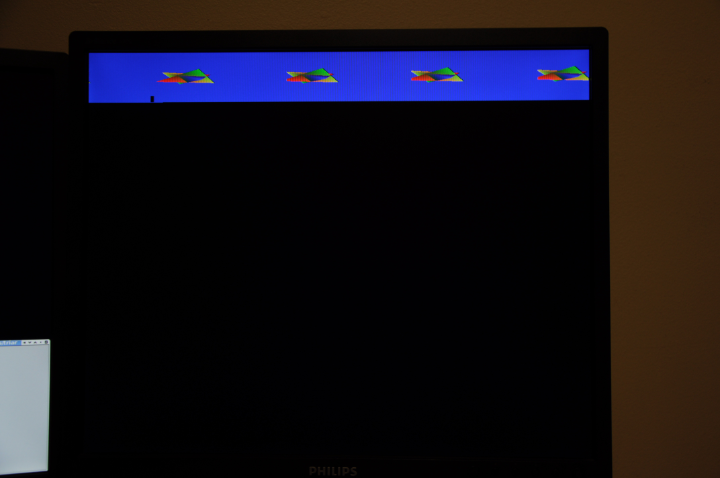 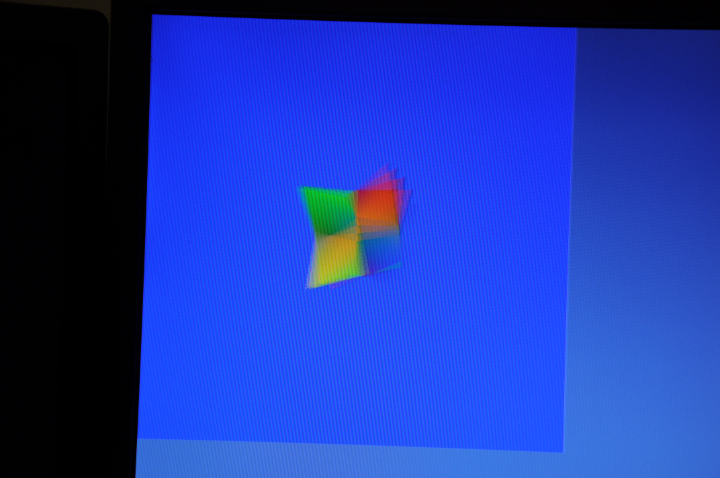 I found the 1/2 hour required to hook up the epiphany rasteriser tonight.

The epiphany should scale much better than the ARM, but I don't feel like poking more tonight.

Gawd i just realised that screenshot looks way too much like the damn windoze logo. Just an unfortunate coincidence as the colours were just the primaries and the background colours are supposed to be Commodore-64 like (the camera isn't picking them up very well).

The lack of any vblank interrupt in the video hardware ... well that's very uninspiring too (not that it should really come in to play, but it's the principal of the thing).