Although I errr, blew up my amplifier a few weeks ago (gin & tonics and amiga demos DO mix, altogether too well, from what little I remember anyway) ... I went to look up some internet radio today and noticed they prettied up the index page and included icons.

So what was going to be a short hacking session ended up with a much improved "internode radio app" compared to the last one. 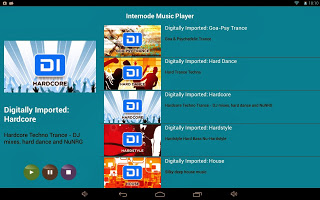 Rather than a hardcoded list it retrieves and parses the RSS feed for the list of stations every time it starts up, so it's current and now has the icons too. 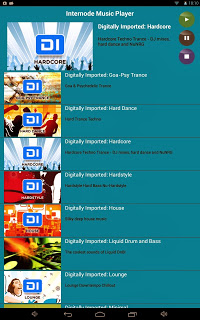 Handles rotation without resetting the stream.

I spent close to an hour fighting with LinearLayout and RelativeLayout so i'm too pissed off to upload it right now.

I also just discovered that the layout is all fucked on a phone so i'll have to fix that first. So I wont be in any rush for that because the layout is fine on all the devices i own myself ...

Update: Didn't even let the ink dry on this but thought i'd get it out of the way. It can be downloaded over on my shitty internode page for it. I tweaked the layout too - it works ok on a tv, 7" tablet and an SG3, beyond that who knows with how android does its resolution stuff.