Was feeling a bit blah and too lazy today so instead of cracking on in the garden I did a bit of hacking. Ok, it's not much but I got a bit of code running on the beagle board that draws random coloured boxes to a framebuffer. 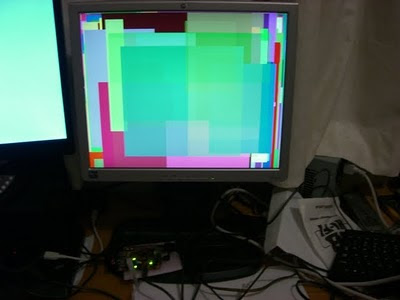 It's being loaded as a kernel image directly from u-boot of course, and then just `banging the hardware'.

I just snarfed the framebuffer init code from the splash screen from an old version of u-boot, with a few tweaks - remove the writes to read-only or unmapped registers and changed the screen size to 1024x768.

Hmm, not sure next. Maybe a serial driver. USB would be nice, but a bit much at this stage. Or the retaining wall!

Tagged beagle, hacking.
Why is software so far behind hardware? | It beat me, another year on, and what happens next?
Copyright (C) 2019 Michael Zucchi, All Rights Reserved. Powered by gcc & me!