First day of calendar spring. Not very sprung but I suppose there's a bit of sun out there.

Well as seems to be the case lately it's been another long lull between posts. I've been busy just 'bumming around the house' for the most part, although I've also got into a habit of spending money. Ordered a high-spec Kenwood Chef on the internet - I have a cheap food processor but it doesn't really mix properly and wont knead dough. But unfortunately it's still in the queue after a couple of weeks (from supplier). I tried buying locally but nobody sold the model I was after around here, plenty of places sell the Kitchen-Aid stuff but if i'm going to spend that much money I may as well go the whole hog. I go through spurts of cooking so it will be nice to have some decent gear.

Also just ordered a couple beagle boards. With Sony dropping the Other OS support in the new PS3's, I think that journey may as well come to a conclusion, at least for the time being. Not that I've been inspired to do any programming whatsoever, and they may just collect dust, but I'm hoping I can come up with something to put on them. I wonder which order will arrive first.

Last week I got my hands dirty converting a large coffee table with small drawers into a large coffee table/trunk. What was surprising is the whole thing is put together with only nails! Not even glue! Well it made it easy to disassemble the bits I needed to. I didn't need any extra timber as I re-used bits from inside it, although it could probably use a ply floor for strength and aesthetic appeal. 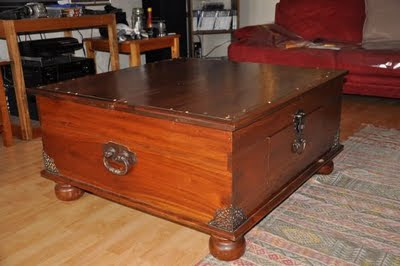 I took the top off, which already had a splitting join in it about half way across, used the drawer rails to make a spline across the middle and attached large triangle gate hinges to the that and the tops. 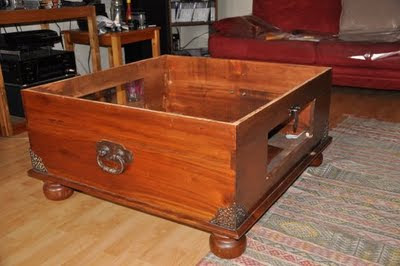 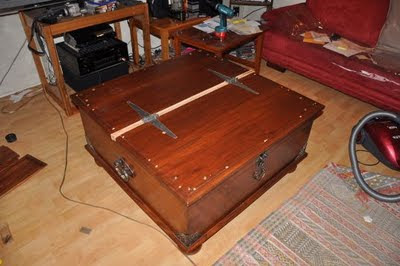 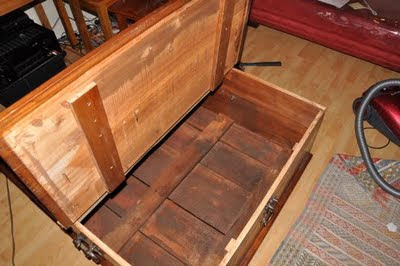 Added in some battens and bobs you're uncle. Actually it was a surprising amount of work, considering I haven't done any woodwork for ages and chiseled out the hinge rebates by hand. It's a bit rough -- the chisel wasn't too sharp and slipped some -- and unfinished, but I think I did an ok enough job with some of it. I'm sure glad I have a drill I can use to put screws in - there's over 70 in it now. 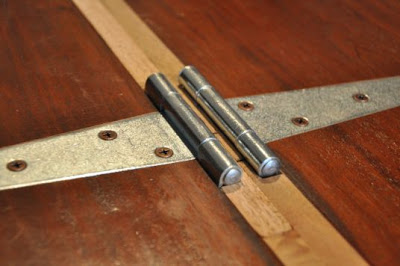 Considering the table is always covered in junk it may not be the wisest conversion ever, but it sure has a hell of a lot more room for storing crap now. So now i've been thinking about other woodworking stuff to do and other tools to buy - like a router which would've made the rebates a cinch - unfortunately I have no workshop, garage or even a gated car-port so I might have to hold back on that. If I ever get my retaining wall and paving done I'll have a deck to do at least.

I also found some interesting looking indoor plants and got some nice large pots for them - I have some other indoor plants but they're piddly little things or look like rubbish. I have some seedlings going early too - normally I'm months late with those. Trying to add some life to my herb pots too, and a little more work on the very slow process of creating a thyme lawn in the front of the house. And I think I finally got the ants nest out of the potted lemon tree. I have so much 'real' work to do out the back of my house it isn't funny but the weather and my apathy is holding me back on getting into it so i just keep poking around at the edges.

Tagged biographical.
Partial success | And so it goes ...
Copyright (C) 2019 Michael Zucchi, All Rights Reserved. Powered by gcc & me!