Given I don't have anything else to do i've spent a lot of time playing with the new machine.

Oh and the monitors came today. A couple of phillips 25" 16:10 screens.. They seem ok - not perfect but I think i'm just nit-picking, especially given my less-than-perfect eyesight. 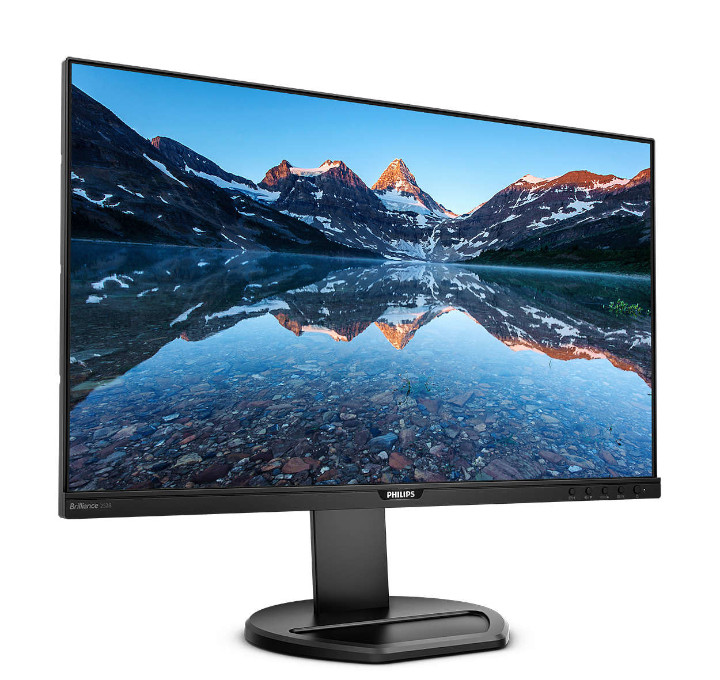 Running through the calibration images on www.lagom.ml it's mostly pretty good. The main failings are slightly dark on the blue line in the contrast test (2 isn't really visible, but it was a fairly bright day when i checked it), and a little bit of pixel-flicker with a couple of the patterns in the inversion test. I suppose it's pretty minor and you need to be unnaturally close. I tried downloading some landscape pictures to check the colour reproduction and was pretty dissapointed in some of the vertical banding I was seeing, but then I downloaded some others and I think it was just a poor image.

The 'presence' detector seems to detect my chair when i'm not in it so i'm not sure if that's more than just a gimmick, and I guess when i'm at my PC i'm at it all day anyway. The "reader" mode makes the whole screen greyscale - which is actually quite nice to be honest but i'll probably just forget to use it. It would be nice if it was combined with 'economy' mode which is easier on the eyes, but alas it is not.

I'm glad I just went with 2x25" at least, the pair pretty much completely fills my field of view and the 16:10 gives me another 8 lines of text to think with.

Normally I just dump tars into /usr/local or /opt for various packages like netbeans but I decided to try using slackbuilds (or creating my own). That worked ok for netbeans and openjdk, octave was more work but not too much, but it fell down when I tried to get blender installed.

So I had the bright idea of trying to get guix going as an application-level package manager on the system. So I spent way too long turning all of it's dependencies into slackware packages using slackbuilds - far too late into the night - only to end up with a guix which crashed repeatedly. And guile errors are about as useful as python ones.

So I fucked that all off and just installed from the binary distribution.

Which works, but i'm still not sure i'm convinced yet.

Everytime i run an update or install it seems to want to download everything, and the packages seem to be built with every conceivable option enabled so they drag in enourmous amounts of software (the 'graph' of octave is undecipherable). Add to that that every operation is SLOW AS FUCK. Although it turns out savannah.gnu.org is being DDOS'd ad the moment so that might be part of the reason. guix is a fuck-ton of code though so it's not a simple system in the least.

Everything and the kitchen sink - what installing octave drags in.

But it does have way more (and way more relevant!) packages than slackware, and is much easier to use than slackbuild. The cost is a few GB of duplicated libraries and utilities I suppose. Eh, I dunno, i'll see how it goes I suppose, for now i've got most of what I need to code away. I mean, slackware still packages xeyes ...

I decided to try building javafx from source to find out why the gluon packages don't work with netbeans - it doesn't read the src.zip, nor does it understand the javadoc. This is a surprisingly easy process, basically just run gradlew and off it goes, and it doesn't even take very long to compile (at least on this machine!).

The only thing I had to fix is the idiocy of using '-Werror', on C++ of all fucking things. Just sneeze and the standard 'library' or the language changes and suddenly what-was-once-pristing code spews dozens of worthless warnings everywhere.

Anyway after that netbeans still didn't work with the build I made ... it turns out it doesn't handle java9's javadoc format, and there's some bug reading the source (or maybe it doesn't handle modular sources?). I just pointed it at the source-code directories directly and that works well enough and I've finally got on-line documentation back again - yay!

Speaking of building, I created a custom linux kernel. Cut down a bit and only the modules I need. Well it doesn't really cut all that much out but it does save 6MB at runtime.

But it compiles the whole thing in under 90 seconds!

I experimented a bit with the cpu goveror as well, ondemand/performance doesn't really make much of a difference but setting the maximum frequency does. You can only set 3 values, 2200000, 2800000, and 3800000. The first two seem to set an upper limit and the top value lets the CPU boost if it can, perhaps they equate to 45W, 65W anbd unlimited CPU settings - I can't seem to find any such in my BIOS.

The main point is that using 2800000 or lower the cpu fan doesn't ramp up so it must be using much less power. In blender, 2.8Ghz delivers 70% of the performance and 2.2Ghz about 55%. I don't have the numbers but compilation was a bit better than from memory. My SFX 450W PSU has been running with no fan most of the time as well, despite changing over to a monster 3-slot HD7970 for the time being (not that i have anything opengl to tax it, and there's no OpenCL drivers for any modern kernel). I also tweaked the cpu fan curve in the bios so it doesn't ramp and and down constantly - a higher base speed and a wider first step. This makes it much quieter in general use.

Anyway, the machine fucking flies, as you should bloody well expect for $1800 of computer bits (just the cpu/mobo/ram/nvme ssd). And that doesn't include gpu, screens, keyboard, mouse, psu or case, so it is by far the most expensive computer i've ever bought.

I'm still using KDE, and actually I don't mind the window manager for the most part (be nice to be able to drag windows between desktops though). But there's some weird shit in there i've slowly been pruning out like the oddly named PIM and search stuff which brings in a lot of junk like mariadb and so on. I can still log on so it can't have been too vital. The panel is mostly ok but boy does it have a dumb way of configuring itself. A tiny menu across the bottom of the screen, shitty animations (here's a hint: ease in and out!), and strange things that move while you're trying to get the mouse ontop of them. IT's like it's a half-arsed attempt at a touch-screen interface but it's too small even for that.

I'll give it a bit more of a go but I imagine that xfce4 is in my not-too-distant future, and perhaps i'll give some of the others a go.