Not quite a new computer!

Well I decided I'm sick of piss farting about thinking about a new computer so I would just go and buy the bits to build one. And I was looking forward to having something to do on the weekend. 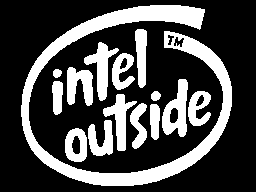 But for various reasons I wanted to pay cash and of course an online shop-front doesn't have that option, so I email the retailer regarding the list of items i'd arrived at. Do they have them on hand, are they compatible, that sort of thing.

So that bummed me out.

Then I looked at another retailer in another state, but they don't sell a single 32GB memory kit that's present in tested memory list for the only suitable motherboard they have. I'm after an itx board so that severely limits the options.

So that bummed me out further and I decided I'd just walk in to the first shop I tried and just go buy it in person. Unfortunately I ran into a mate who I haven't seen in yonks so I just ended up catching up with him all afternoon and never made it.

And now i've got a hangover and what was really just an impulse buy has turned into a hassle and so I guess it's off the table for this weekend at least. Maybe next week.

I'll probably still just end up going to them if i've still got a pocket full of cash because the retailer options are so limited in this tiny city. If they're still in business anyway, they don't seem to be too keen on making money. The chips will only get better althgough RAM is volatile so who knows there.

For what it's worth this is what I came up with:

The motherboard is the only ITX available that I can find here (or really, anywhere in the whole country in ready supply), but at least this shop says the BIOS is already upgraded. I've already got a power supply. The aim would be to build a case ... but it's a bit involved so I may never get around to it and i've got some old shit lying around I can use in the mean time. GPU is a bit of a pain, really I just want a short 1 or 2 slot AMD card (for the proper free software linux drivers). Rare as fucking hens teeth here though, the shop I was going to has had no AMD graphics cards at all for months until the 5700 came out and now that's all they have. No one else local has anything below RX 580 nor any of the workstation line which would do, if a little pricey. I have an old HD 5770 that i'll use to start with. It's a double pain if i build my own case as I need to make sure whatever i end up with will fit. And if i get a new one it may as well be the latest design. I'll probably have to order online, whatever I decide.