I wanted a nice quiet hassle-free xmas this year so I had it alone. My nephew (who migrated from the philippines and wont fucking leave) is away for the week so I had the house to myself. The rest of the family don't live in Adelaide anymore and mum can deal with my crazy twin brother on her own.

For the fist time I fired up the coopers bbq I won a few months ago. I used the fire grate I made a few weeks ago and the fire holders from the weber. Another modification I made was to add a socket to the battery powered motor so I ran it from a plugpack instead of a pair of D cells. It's pretty gutless but worked fine. 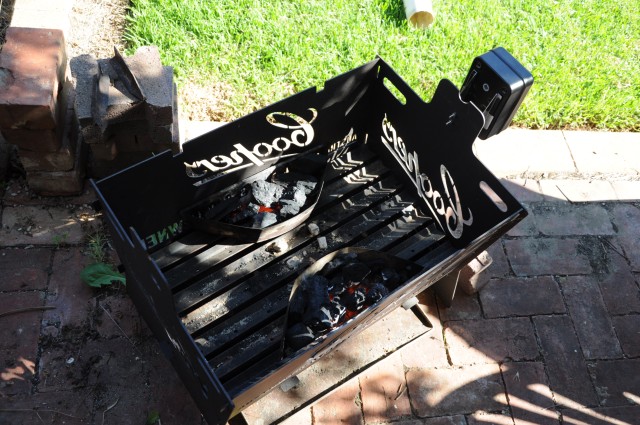 Fire started. To avoid flareups I was going to put the fire on the sides but it wasn't necessary. 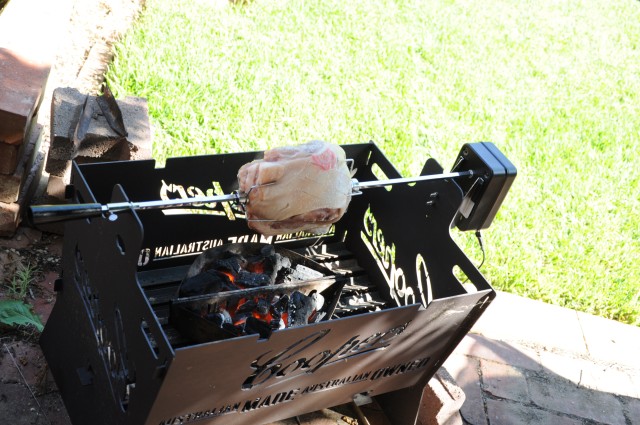 And the pork shoulder on going. I wasn't sure if the fat would get out of hand but it worked very well, very little smoke and only small flareups each rotation with the heat directly under the meat.

I skewered simply the pork with lemongrass stalks and coated it in ample salt which is my go-to basic pork roast. 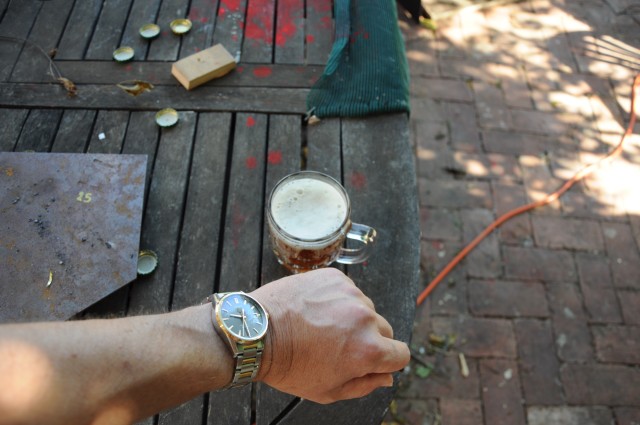 Actually I normally start beer at 10am on xmas day but i'd been up since 6 (I did the last coat on the speakers, setup the bbq, and made bread) and ran out of other things to do and it just seemed about right. 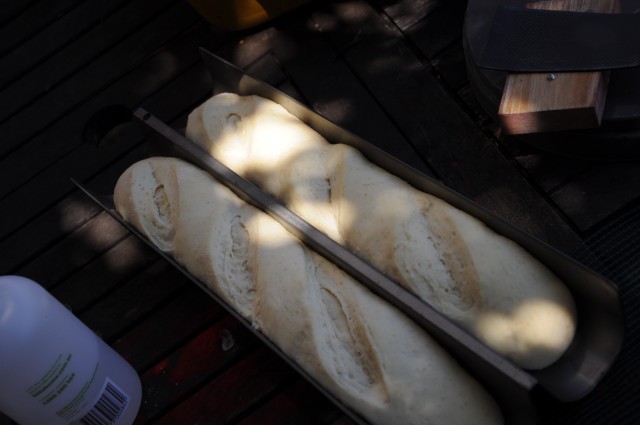 The bread proofing. I added some semolina and didn't let it rise as much as I normally do - made very excellent dense bread. 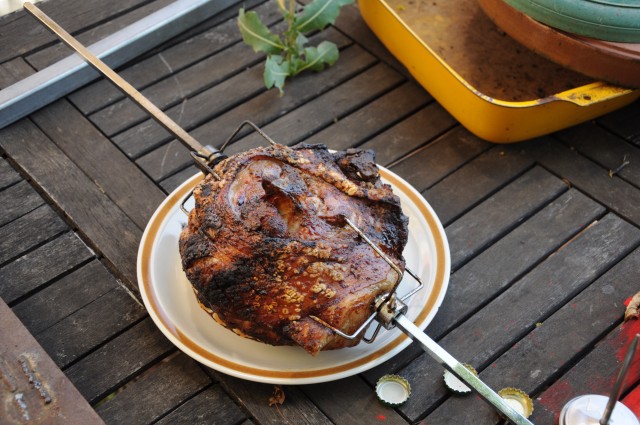 About 2 hours later and it's done. Actually it's a bit overdone as it cooked faster than I expected but a shoulder is forgiving of being overcooked and regardless, the cracking was great.

I used a bit more charcoal than I would have in the weber but it was a fun way to cook the meat and i'll definltely do it again. 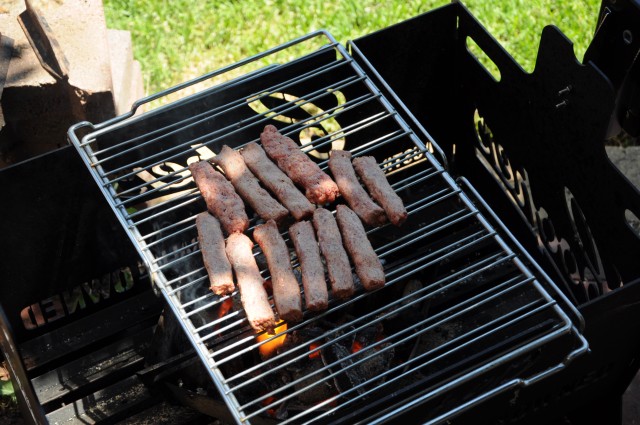 As I usually do with the weber I try to use up the remaining left-over heat to cook whatever else I have on hand. In this case some frozen skinless (spicy) sausages I made a few days ago. I used too much fat in them and they were a massively disgusting mess to make but they tasted pretty good. 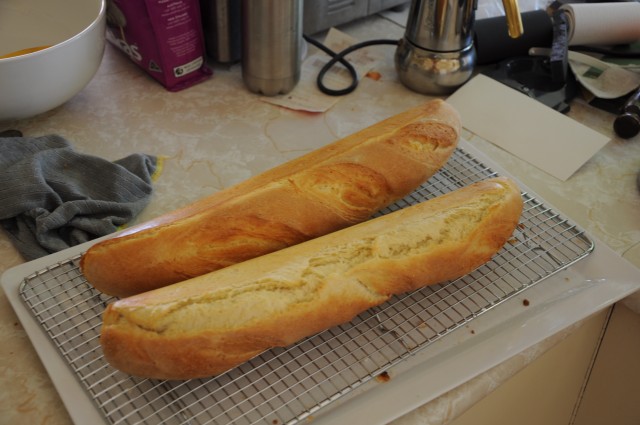 Meanwhile the oven did its work. Just hitting midday at this point. 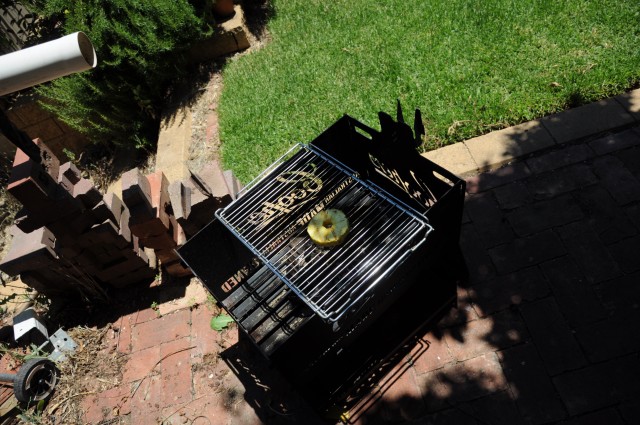 Last bit of heat. I also did a thick bit of rump. 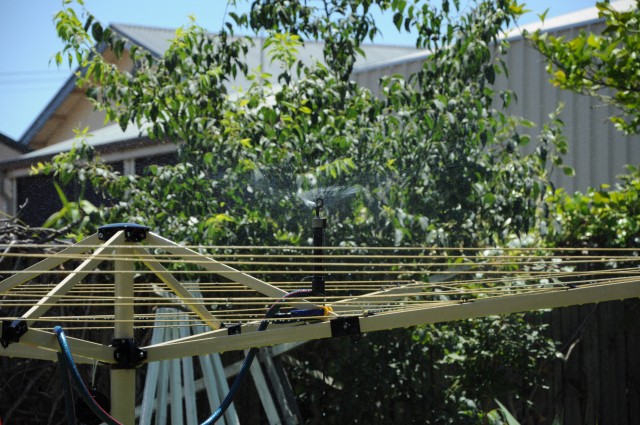 Fucking hot day (40C) so I had the outdoor a/c going! Inside the house was very cool but it was too nice a day for that. 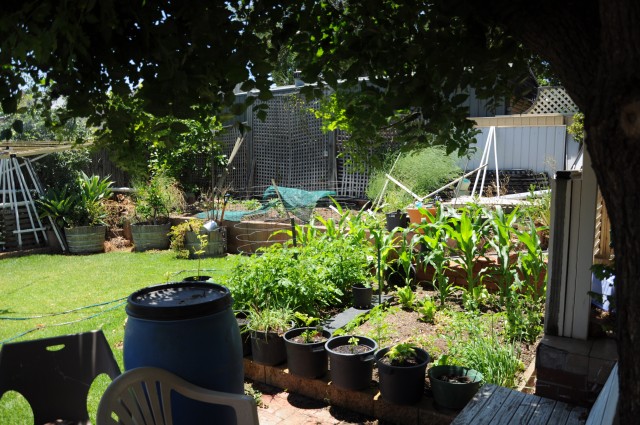 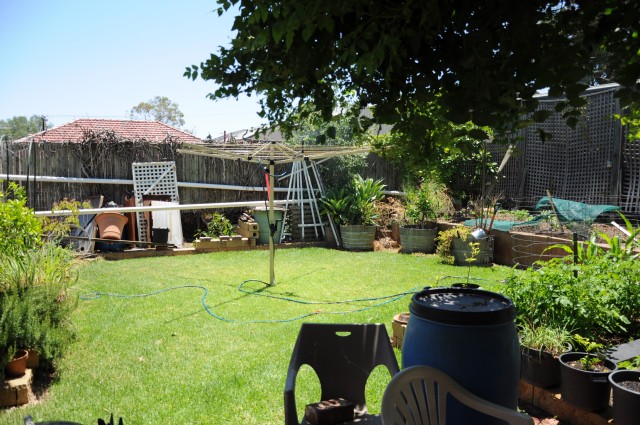 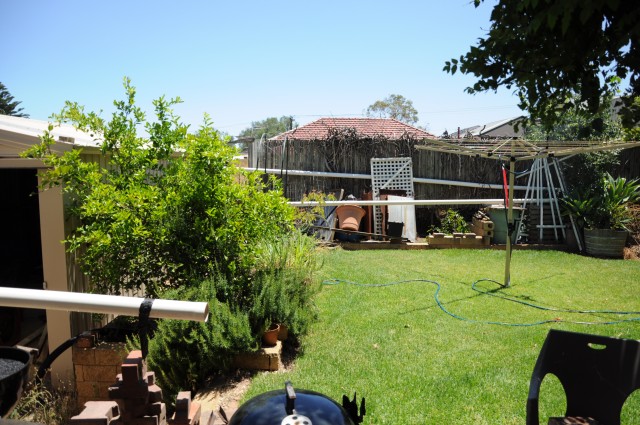 A `panroama' of the back yard.

I'm rather proud of that lawn, I grew it from a few rhizomes I took from the nature strip out on the road.

So that was xmas 2018. I didn't really drink much - i was too chock-full of food and too tired, but I had a few beers and a few gin and tonics (with cucumber from the garden).

But all-in-all about as low-stress and enjoyable as one could hope for.