Rather than 'play some more' i went head-first into writing a better display/model/control thing for the synthesiser stuff.

Doesn't look much different on the surface since the stylesheet is much the same but pretty much everything is backed by controls and skins and observable properties. 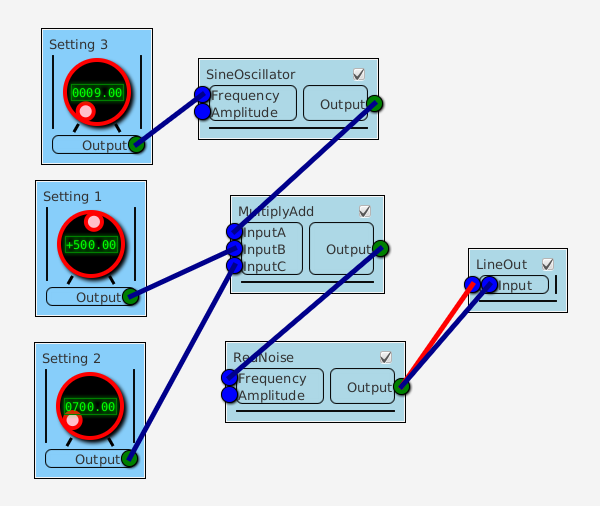 I have a 'Workbench' control which is the main controller and it handles the human wiring process and so on. I abstracted the connection points as 'Sockets' in a way which allows me to add other non-JSyn objects such as the dials which just feed out their value to some input port. Not shown but you can also reconfigure input ports to change their name and bounds so that they connect properly to dials.

I added the ability to unplug and move the ends of a given wire which works quite nicely. If you grab a wire near one end and 'pull' it far enough it detaches and becomes a free end, which can either be attached to some other compatible socket or letting go just deletes that wire.