So this is a rather simple but quite effective improvement to the basic histogram equalisation operation for automatic image correction.

I got the main idea from a paper: ``A Modified Histogram Equalization for Contrast Enhancement Preserving the Small Parts in Images''. Bit of a mouthful for what is just a bounded histogram.

I also made made another small modification which makes it tunable. Allowing for a fairly smooth range from what should be the same as 'normalise' in paint programs, up to the fully sun-seared over-exposed normal result from histogram equalisation.

Here's an example of the range of output. 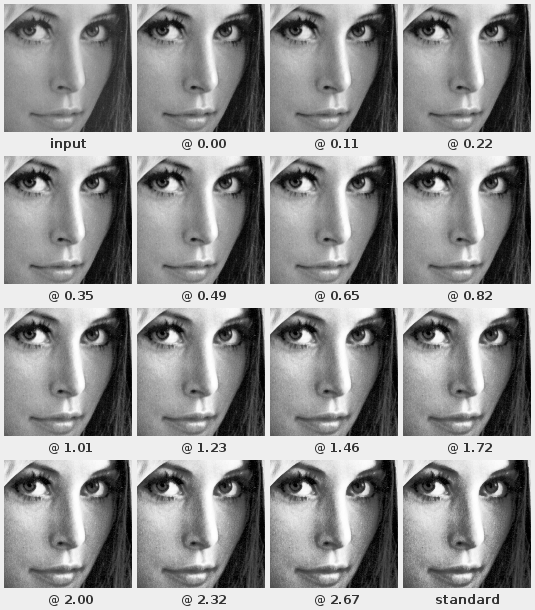 The value is the proportion of the mean to which the histogram input is limited: a value of 0.0 should be equivalent to a contrast stretch or normalise operation, 1.0 matches the paper, and some large number (depending on the input, but approximately greater than 2) will be the same as a basic histogram equalisation.

One has to look closely with this particular image because they are already fairly balanced but a smooth range of 'enhancement' should be apparent.

I also played with a colour version which applies the histogram to the Y channel of a YUV image. 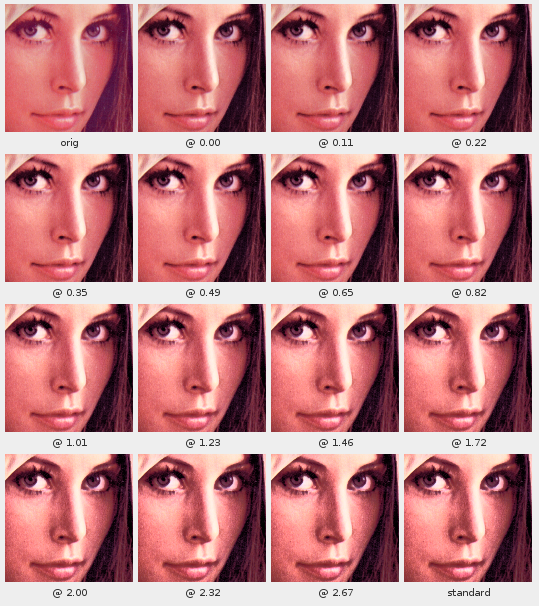 As of now it does tend to upset the colour balance a little bit and tends toward a metallic effect; but it's arguable better than what the gimp's equalise does to colour images. 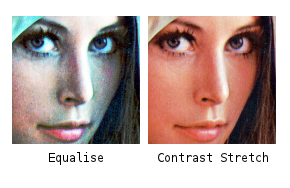 Yikes. Although the image on the right is arguably more agreeable - the colour is very different from the source. Histogram equalising each component separately is effectively applying a white-balance correction where the colour temperature is some sort of flat grey: this sometimes works ok but it messes with the colour balance by definition.

I have some thoughts on applying the algorithm to floating point values using polynomial curve fitting, but I haven't tried them out yet. This would be to prevent binning from quantising the output.

For such a simple adjustment to the algorithm it's quite a good result - histogram equalisation is usually too harsh to use for much on it's own.