I've been mucking about a bit with the voxel stuff some more, trying some terrain generation. I first cooked up something from memory but it wasn't correct, tried perlin noise but wasn't really happy with it and then I came across this post about terrain generation using Diffusion Limited Aggregation (DLA) to generate mountain ranges. 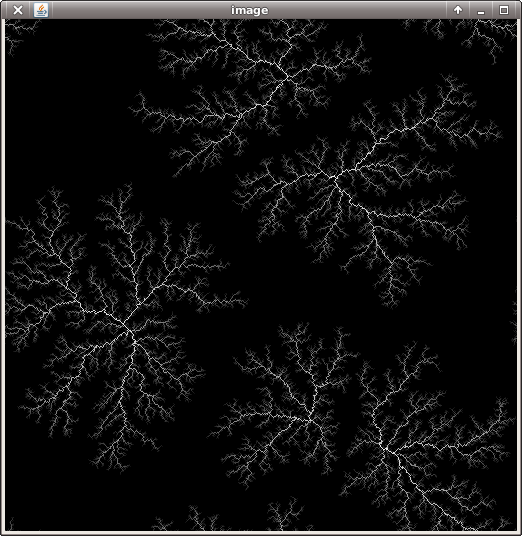 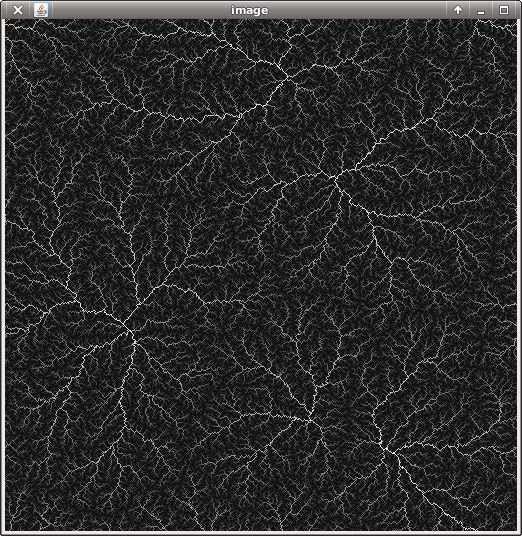 And the final result of the basic DLA. This version is cyclic.

The basic algorithm is very simple:

It certainly has some nice 'erosion' like shapes, and can also make some nice lightning. I also experimented with something based on physical erosion but that didn't really pan out.

This algorithm grows the seed points like a crystal and because the search space is quite big is rather slow to get going on larger images. Although it really races to the end (the first image above was about 15 seconds in, the second was 2 seconds later). I tried a few variations to speed this up:

This is much much faster but the result has fewer "fiddly bits" and is more strung out. 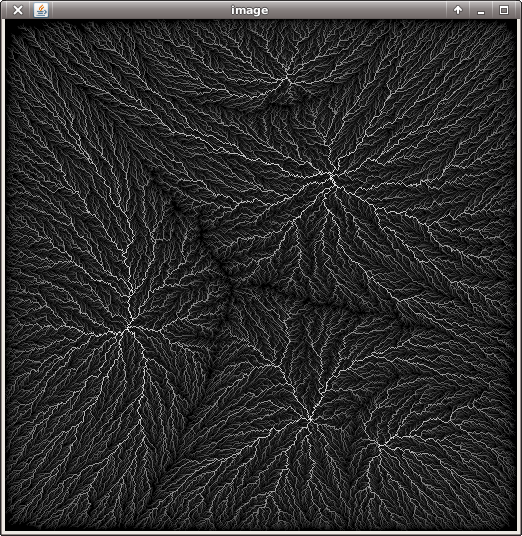 This is faster at the start but slows down as it starts to randomly choose nodes which have no where to go. It also produces a more regular shape more akin to mould growth; which is not really very mountainous. 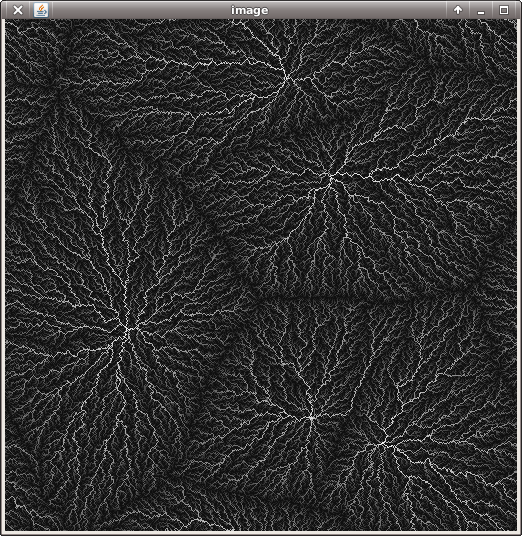 It might be possible to play with how it chooses the growth points with this one, both to speed it up and tune the shapes it generates. I've experimented a little bit but didn't have much luck so far.

Unfortnately the pixel-scale of everything is a bit too detailed so I need a way to scale it up without losing the intricacies. I haven't tried the accumulation of multiple blur radii from the link above yet. That should be able to upscale at the same time too.

But yeah, right now it just isn't grabbing me enough to really get into it - but then again nothing is atm. Blah.