Made this yesterday and thought it looked nice enough to post ... 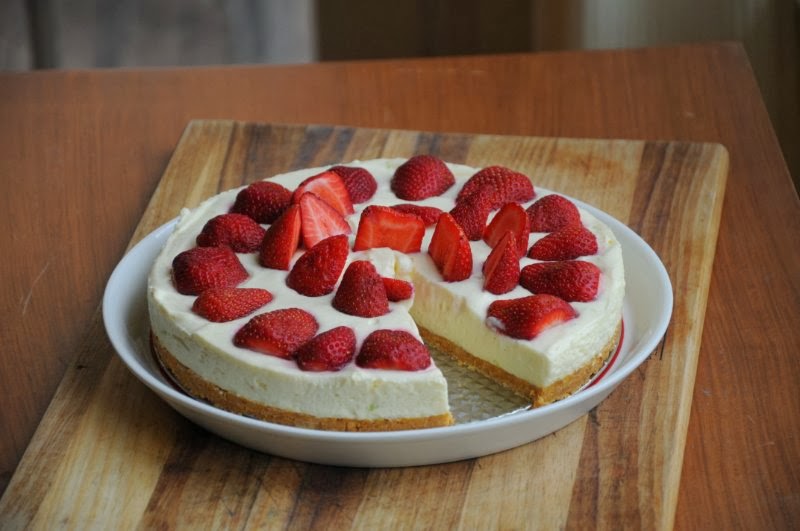 An unbaked cheesecake is not the sort of thing I normally make but it doesn't hurt to know how. I don't have a very sweet tooth but I don't mind sweet things that are supposed to be sweet (in limited amounts). Sister-in-law had bought the strawberries so I used them too.

I'd made a nicely tart lime cheesecake last week and at first I was just going to have this one vanilla but to the same basic recipe. But on the spoon it tasted too much like sweetened condensed milk (yuck) so i added some lime and so it ended up a sort of vanilla + tart yoghurt sort of flavour.

Tagged cooking.
Balanced, but fair? | So that DuskZ thing ...
Copyright (C) 2019 Michael Zucchi, All Rights Reserved. Powered by gcc & me!