Ok just a quick post, but it's just a quick feature ... I needed a break from coding Android all day so i whipped this up.

I added layers to the server, protocol, and client. Only took a couple of hours so I haven't had time to do a very good example, but here's a shot in-game: 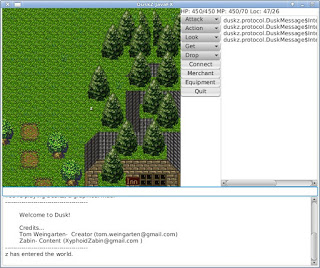 And because it isn't clear what's going on since the tiles aren't properly transparent (i.e. apart from appearing over the player, the visual appearance could just as easily been created using tall tiles), here it is in tiled with the opacity of the upper layer changed to show what it includes: 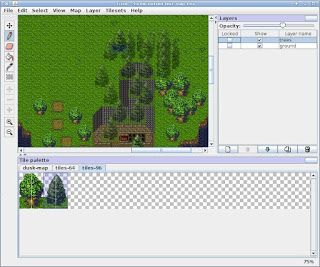 As part of the tiled converter it automatically shrinks each layer to only include the used region (apart from the ground layer), and the server only sends non-empty layers to the client even if they contain sparse data. So for example as the player moves and the 'forest' disappears, the server only sends a single layer of information. It keeps track of which layer is the ground layer so the client can render things in the correct order.

Update: I started hacking a bit later in the evening and got multiple maps working to some limited extent. There are plenty of bugs and various state files are broken and location scripts are still global, plus new issues to deal with like what to do with the blank area around maps, but I just got it to the point where I can walk inside the inn and then out again (through the door). Had to add a new script command to jump to a location in a map, and maps are referenced by their filename. 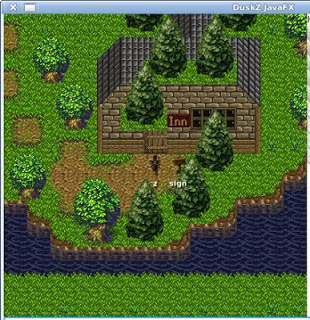 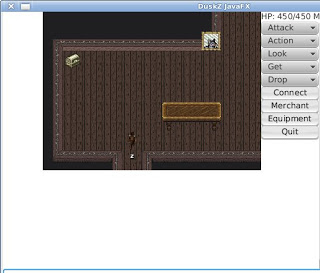